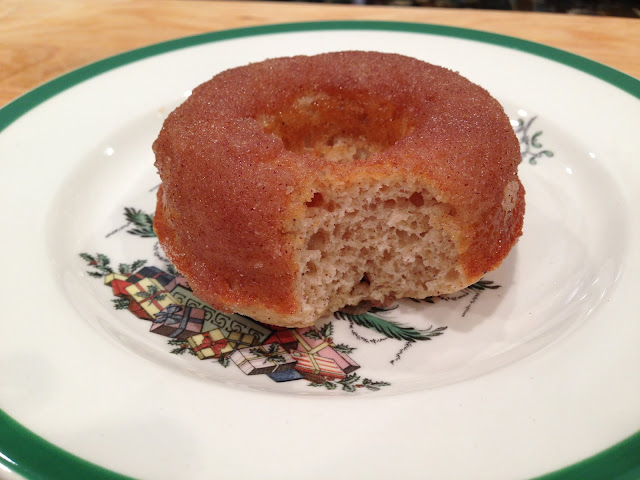 I hope everyone enjoyed the holidays as I write my first post of 2013! I myself enjoyed spending time with family, and just taking a week to relax. As you can image, I did some baking on my time off.
If you’ve never eaten a homemade doughnut, it’s something you ought to try! It doesn’t get much better than eating a freshly baked, hot one straight out of the oven. I do have to give my mom and sister credit on these doughnuts as they did a majority of the baking while I went out on a long run. Don’t worry though, I was kind enough to dust the finished doughnuts with a decadent cinnamon-sugar topping – the best part I might add!
If you don’t have a doughnut pan, you will need to go buy one at the store in order to make these. The pans cost only $10, so don’t worry, you won’t be breaking the bank. Shout out to Sur la Table, one of my favorite cooking stores and the place where we bought our Wilton doughnut pans!
The recipe comes from Ina Garten’s newest cookbook, Barefoot Contessa Foolproof. Ina has lots of great recipes in her book, so I would definitely recommend it. The great thing about Ina’s doughnut recipe is that they are NOT greasy….they are baked! They’re great with a cup of hot chocolate for dessert or with coffee for your morning breakfast. I like them better as the cinnamon-sugar topping melts into the doughnut.
You can also sprinkle powdered sugar on these to change it up a bit. Enjoy! 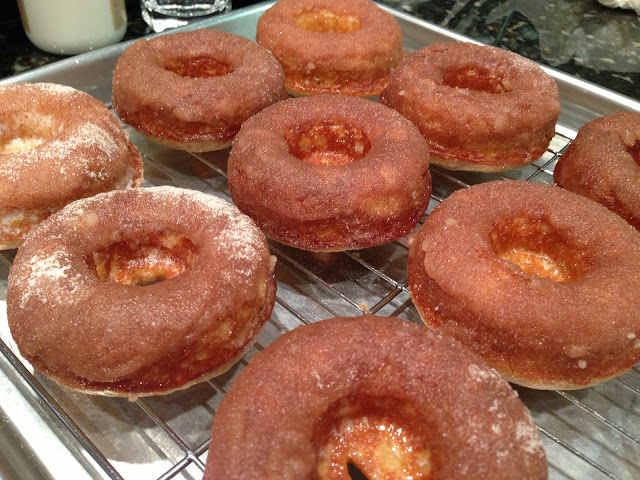 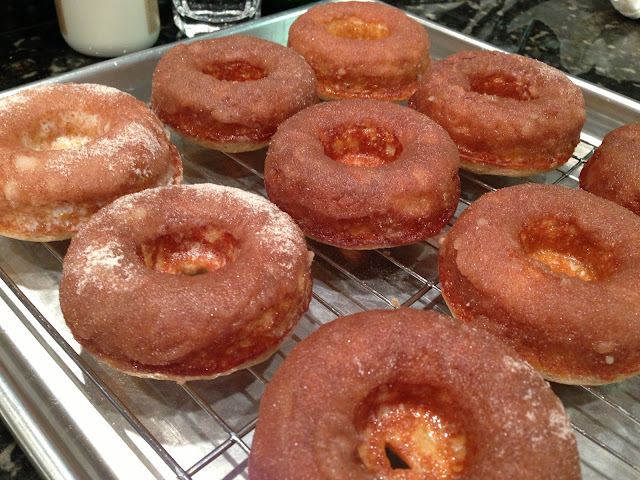 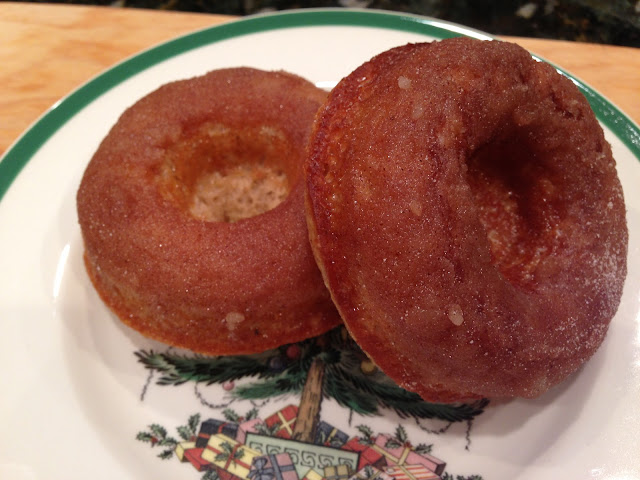 Cinnamon Sugar Baked Doughnuts
Ingredients
Baking spray with flour, such as Baker’s Joy
2 cups all-purpose flour
1 1/2 cups sugar
2 tsp. baking powder
1 tsp. ground cinnamon
1/2 tsp. ground nutmeg
1/2 tsp. kosher salt
1 extra-large egg, lightly beaten
1 1/4 cups whole milk
2 Tbsp. unsalted butter, melted
2 tsp. pure vanilla extract
FOR THE TOPPING
8 Tbsp. (1 stick) unsalted butter
1/2 cup sugar
1/2 tsp. ground cinnamon
Directions
1. Preheat oven to 350 degrees F.  Spray 2 doughnut pans well.
2. Into a large bowl, sift together the flour, sugar, baking powder, cinnamon, nutmeg, and salt. In a small bowl, whisk together the egg, milk, melted butter, and vanilla. Stir the wet mixture into the dry ingredients until just combined.
3. Spoon the batter into the baking pans, filling each one a little more than three-quarters full. Bake for 17 minutes, until a toothpick comes out clean. Allow to cool for 5 minutes, then tap the doughnuts out onto a sheet pan.
4. For the topping, melt the 8 tablespoons of butter into an 8-inch sauté pan. Combine the sugar and cinnamon in a small bowl. Dip each doughnut first in the butter and then in the cinnamon sugar, either on one side or both sides.
Yield: 12 doughnuts
Recipe from: Barefoot Contessa Foolproof: Recipes You Can Trust by Ina Garten