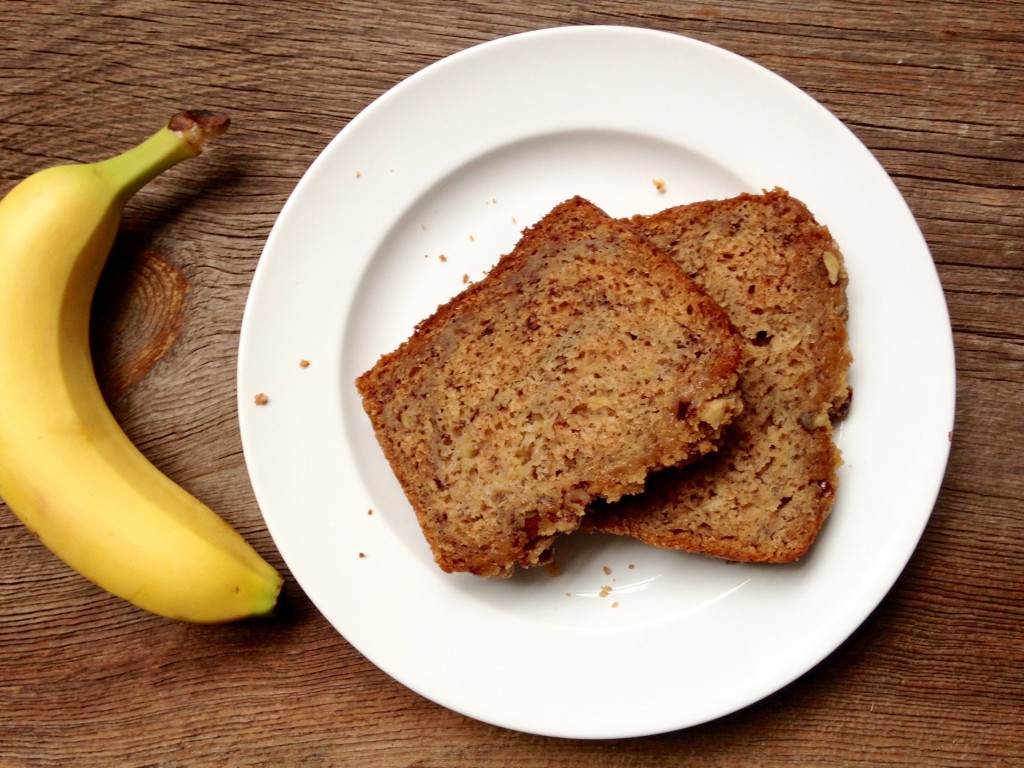 If you’re looking for a super sweet banana bread recipe, look no further than this one. Between the maple syrup and maple pecan topping, this bread is sure to satisfy your sweet tooth.

Or if you’re Harper, nothing can satisfy a sweet tooth as much as a donut hole can! Every Sunday our church has donuts in the kitchen and Matt and Harper go get some after church service. Each Sunday she seems to be eating more.

I remember when she was only a few months, I found out Matt gave her a couple of licks. Then it became a few bites. Then it became a whole donut hole. Then two. Then three. Today she ate THREE AND A HALF donut holes!! Don’t worry, she washed it down with a cup of milk. Lol. 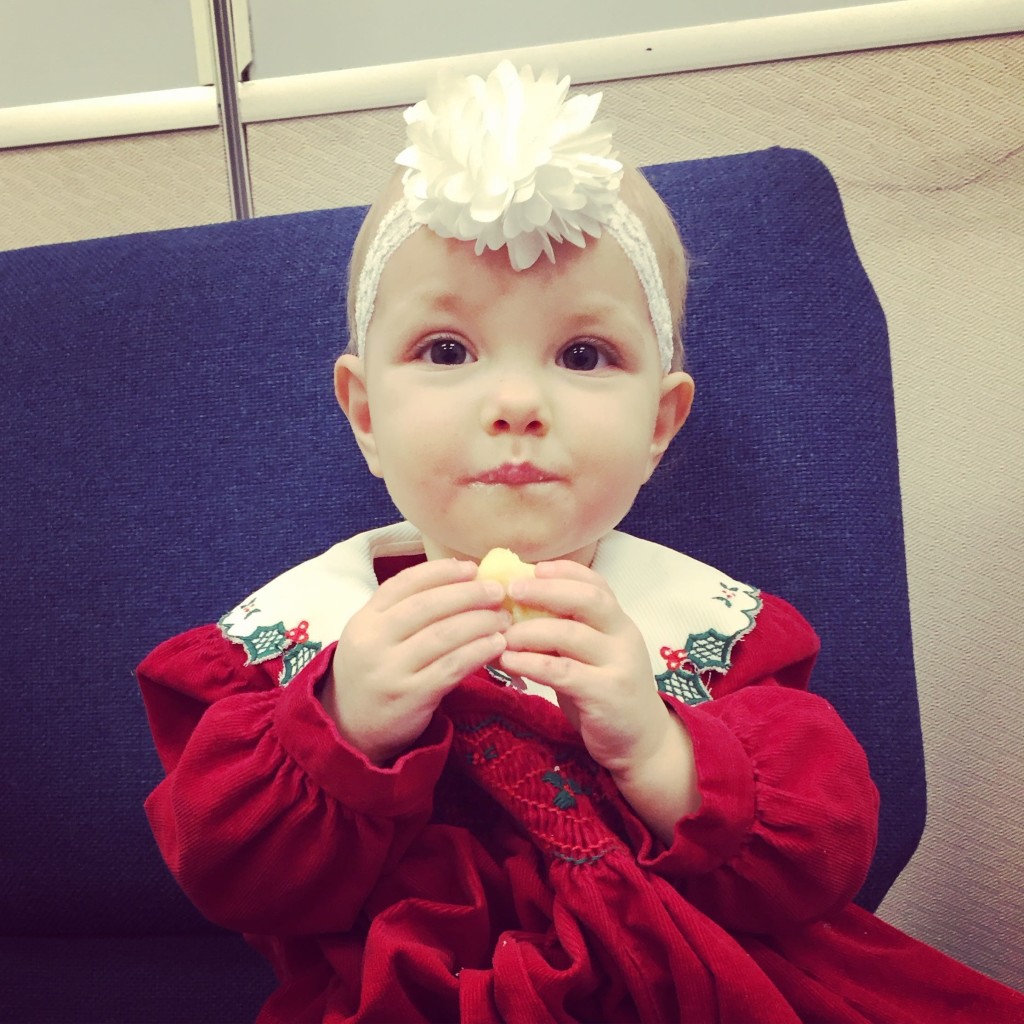 So as I said, this maple pecan banana bread may not be as sweet as a donut, but it’s pretty good. The crumb topping is the best part. To satisfy my sweet tooth, I might just eat the topping of the bread, and leave the bottom part for later. 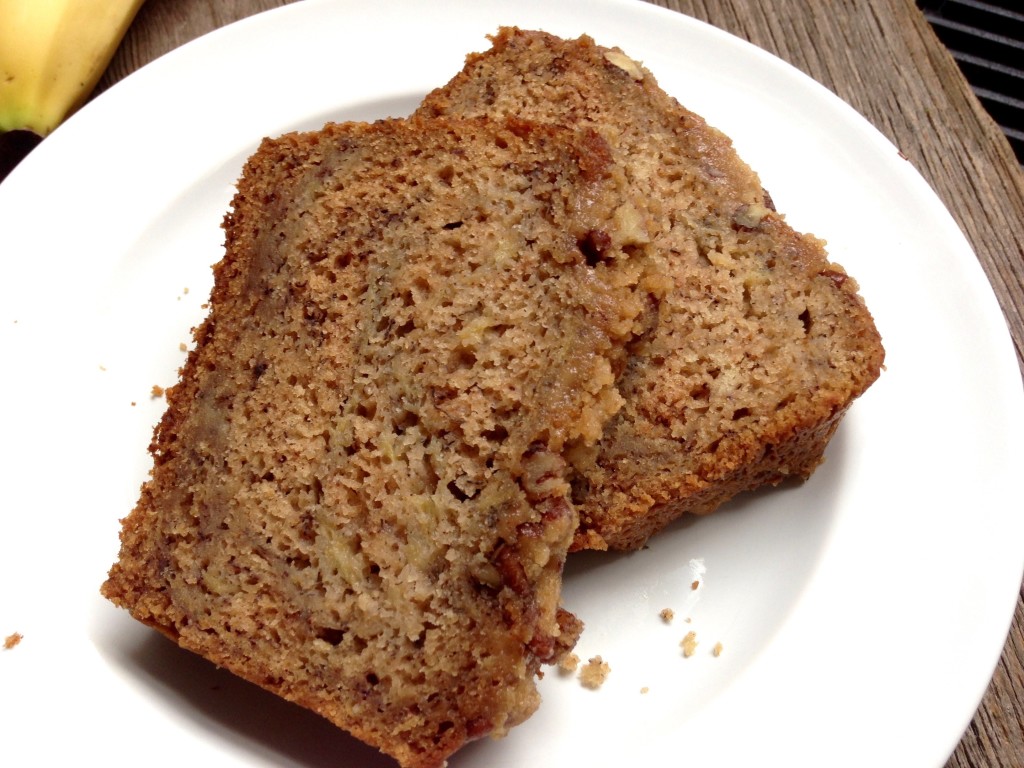 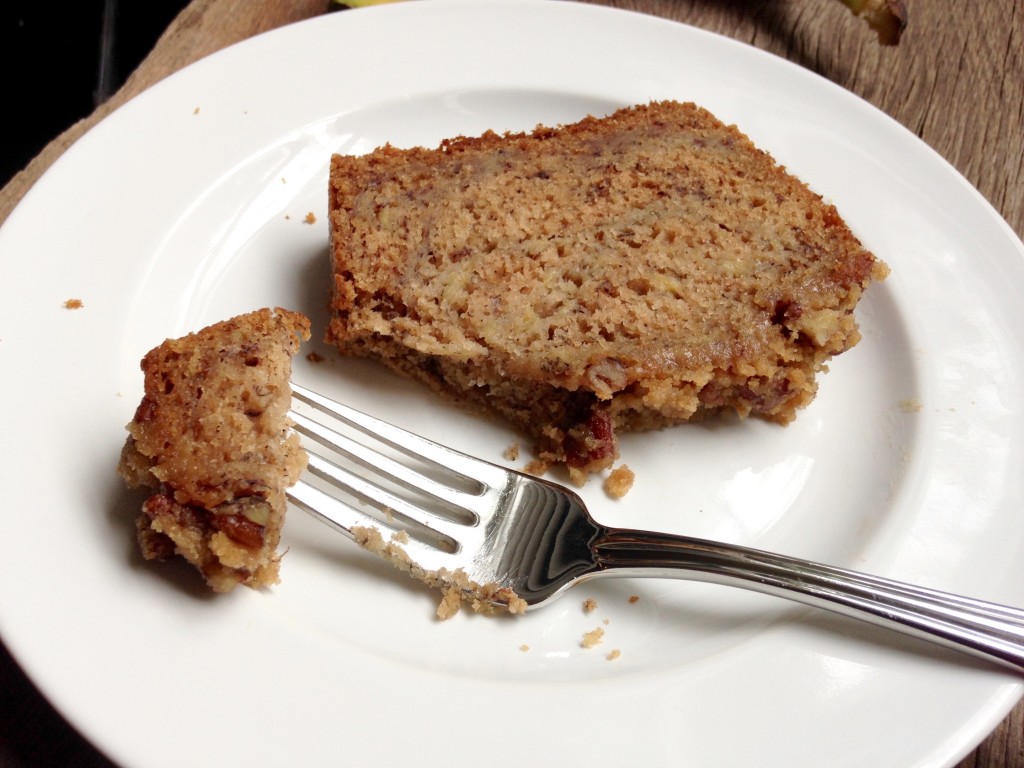 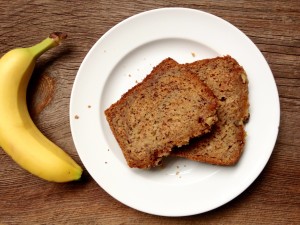