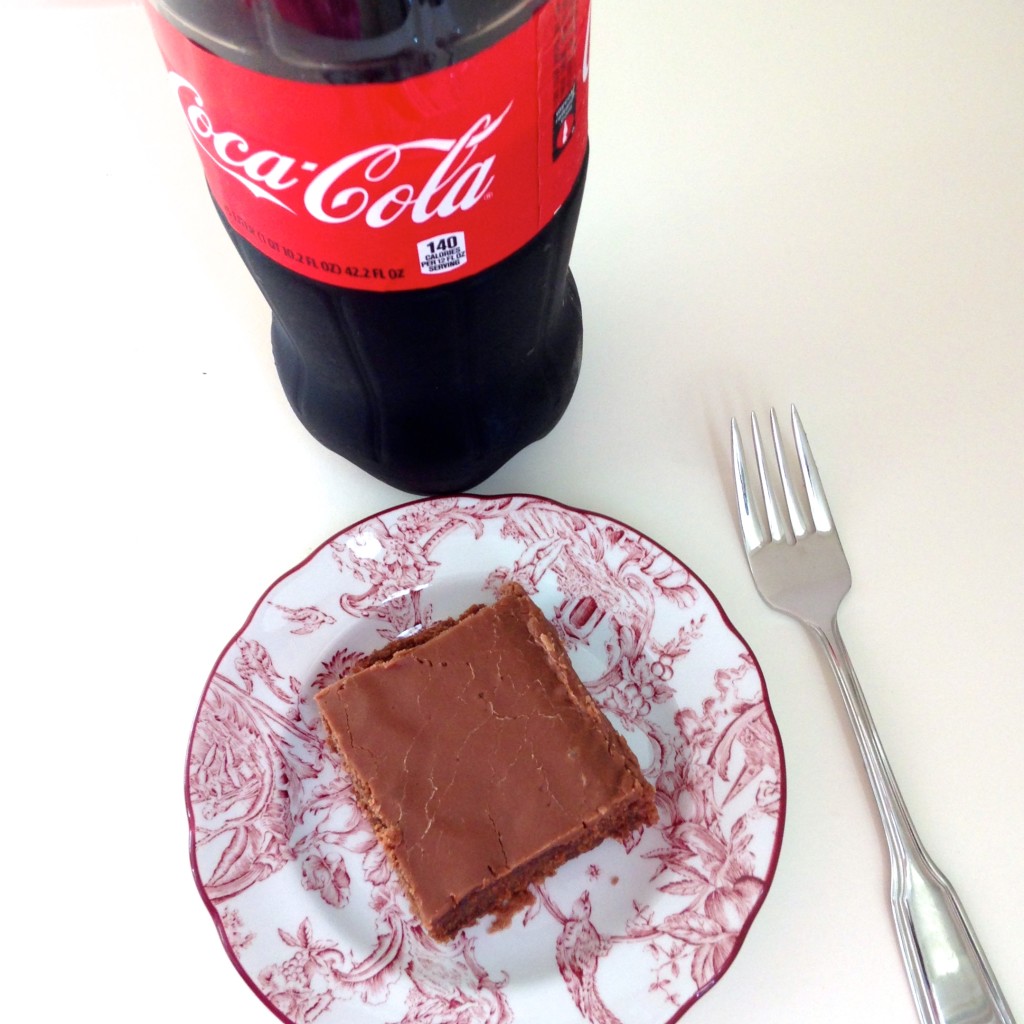 My mom and I have always seen recipes for Coke Cake via Pinterest, blogs, and other magazines, and have been wanting to make one. This cake is very similar to Mrs. Kelm’s Chocolate Cake, except you add Coca-Cola in the Coke cake!

Mrs. Kelm’s is still hands down our favorite chocolate cake, but this cake was still very tasty. It has bit more of a sugary taste than Mrs. Kelm’s due to the Coca-Cola, so that’s good news if you’re a sugarholic!

The recipe is super easy to whip up so enjoy! 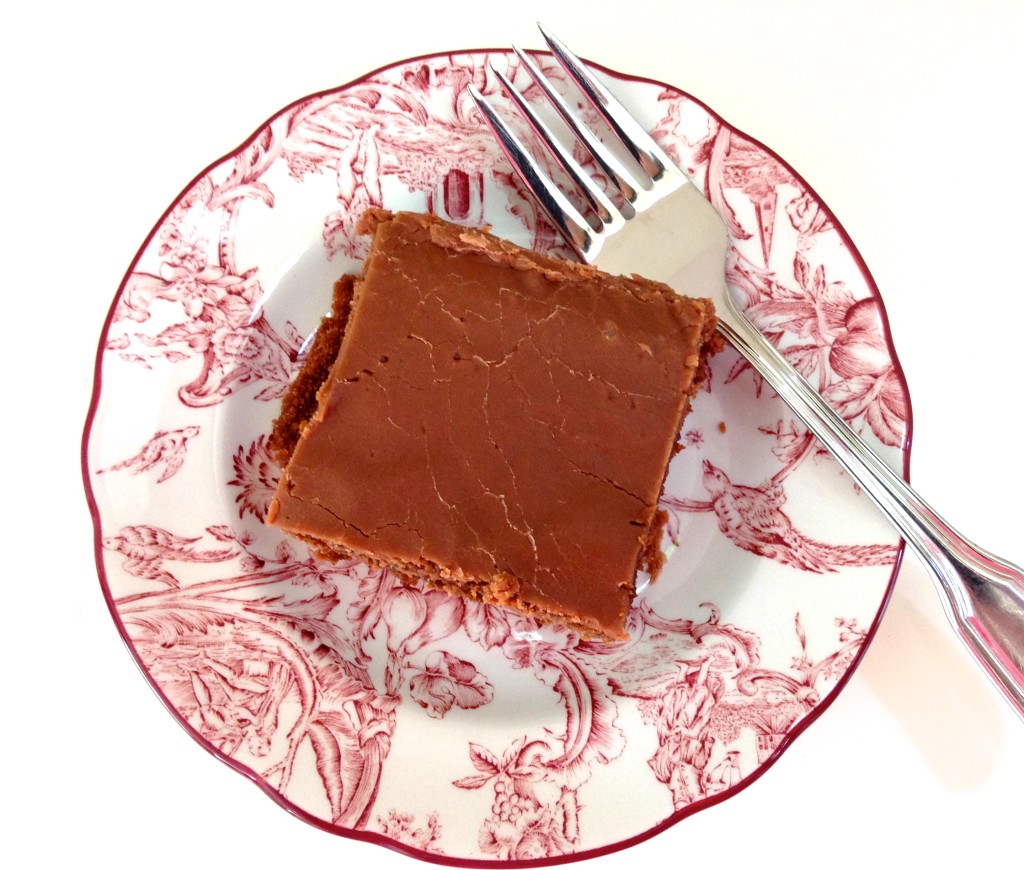 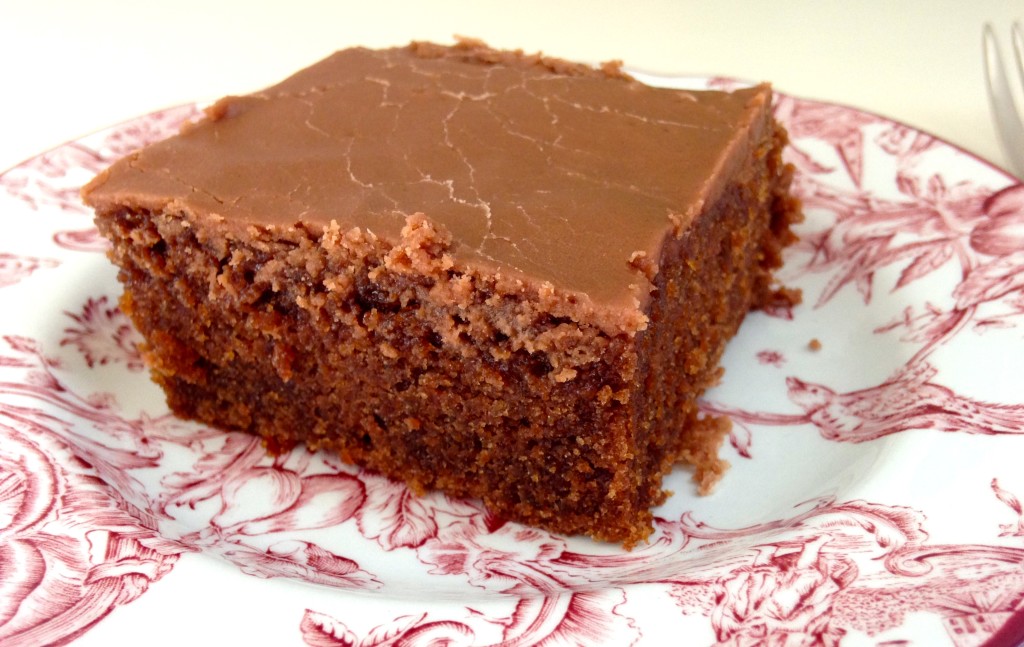 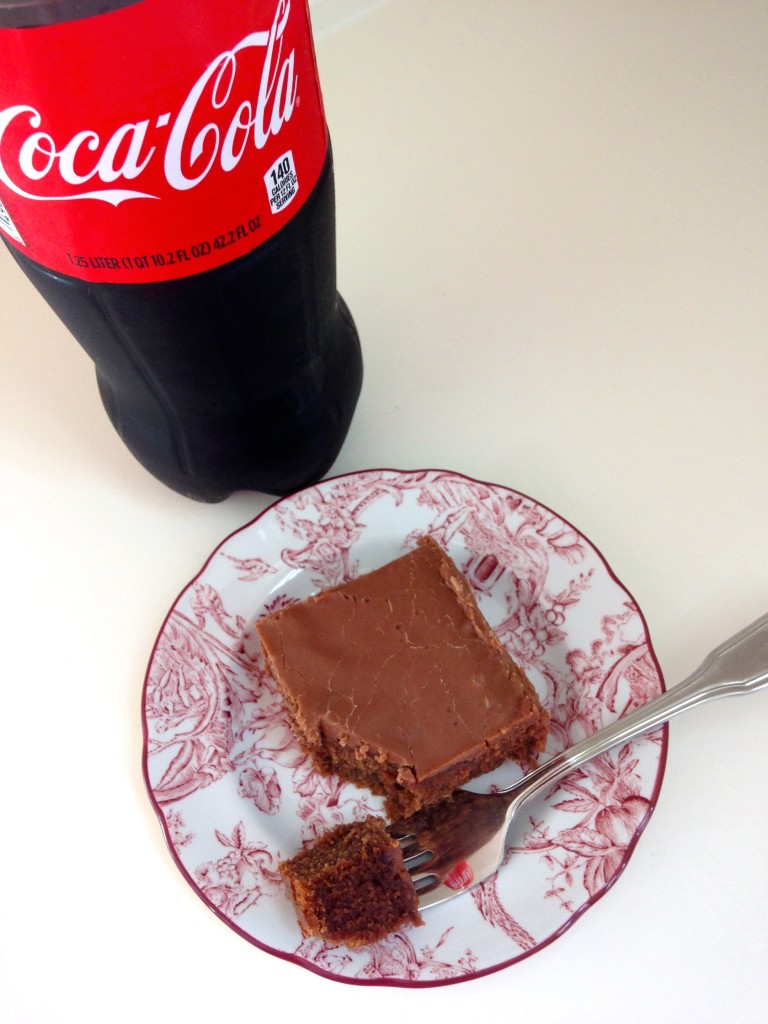 A little history behind Coca-Cola: John Pemberton, an Atlanta druggist first sold his caramel-colored concoction in 1886. Using a three-legged pot, he stirred up his mixture and carried it a few doors down to Jacobs’ Pharmacy where he mixed it with carbonated water. The drugstore began selling the fizzy delight for just 5 cents a glass; and the rest is history.

Coke has some of the catchiest advertising slogans in the industry. Which ones do you remember? 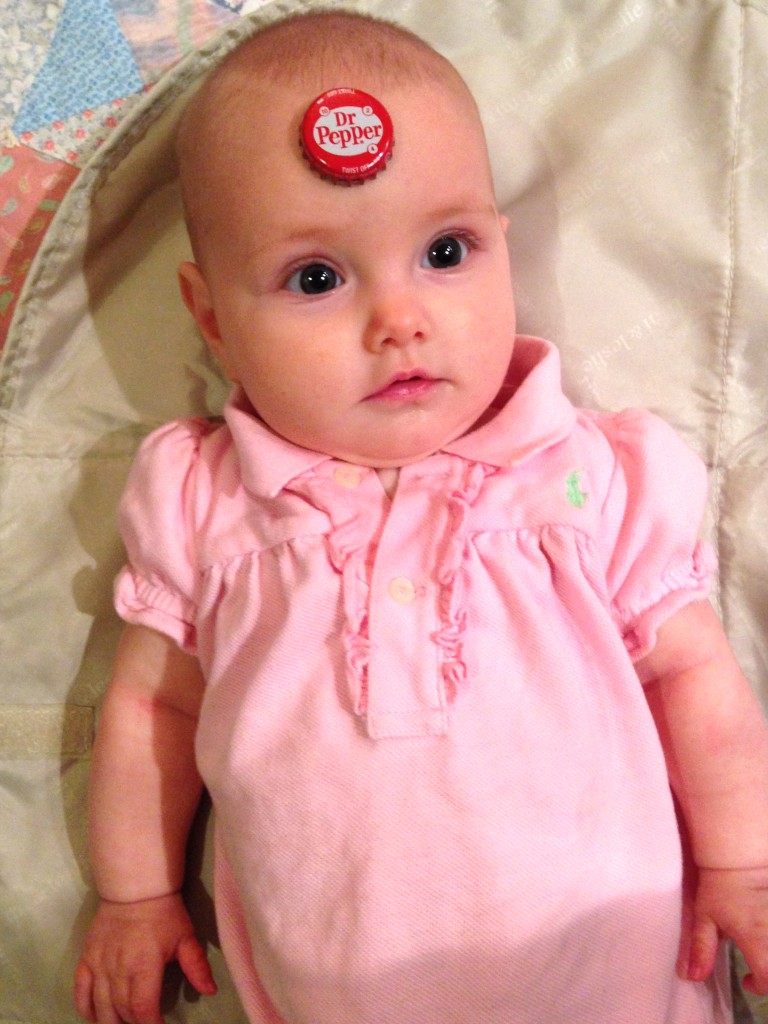