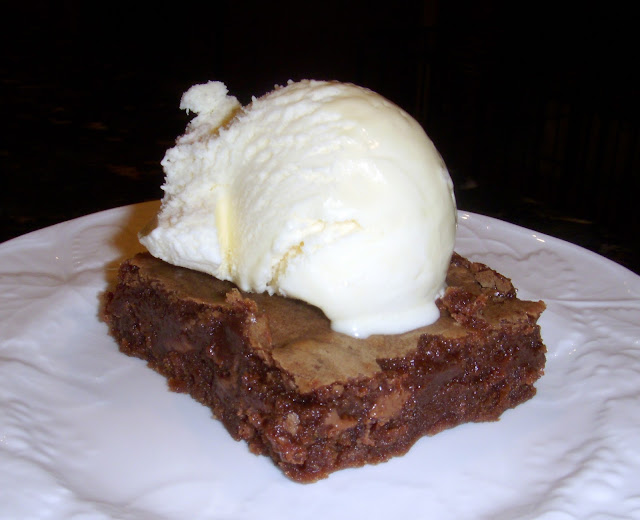 This will kill your New Years Resolution diet, but I have to tell you, they may be worth it! We made these for our New Years dinner with my family and everyone loved them!  Personally, I am not a huge brownie fan because in my opinion, most brownies are too rich and taste too much like dark chocolate (I like milk chocolate only).  However, I can get by with a dumping a large scoop of vanilla ice cream over my brownie to calm the richness of the chocolate.
That being said, these brownies are sooo much better than your typical brownie because of the milk chocolate!  I have a huge sweet tooth, and these are nothing but sweetness in your mouth!  They taste like a cakey Hershey’s bar with the creamy and fudgy flavors creating a bliss of a dessert.  The secret ingredient is 1 ounce of unsweetened chocolate, which adds depth of flavor to the milk chocolate bar and milk chocolate chips.  You can serve them topped with vanilla ice cream and (what else?) maybe a drizzle of chocolate syrup, however I could even eat these brownies on their own.
This recipe is from one of my favorite cookbooks, “Fat Witch Brownies:  Brownies, Blondies, and Bars From New York’s Legendary Fat Witch Bakery” by Patricia Helding.  Fat Witch Bakery is a legendary bakery in New York City that I vow to visit someday!  I’ve made their Snow Witches (white chocolate brownies), which are on the top 10 list of Dallas Duo’s recipes for 2010.  Enjoy!
Melt chocolates and butter in a saucepan over low heat. 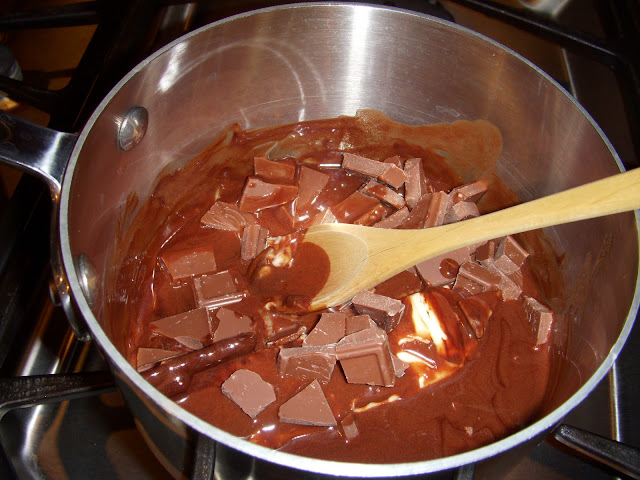 Remove from heat, and let cool. 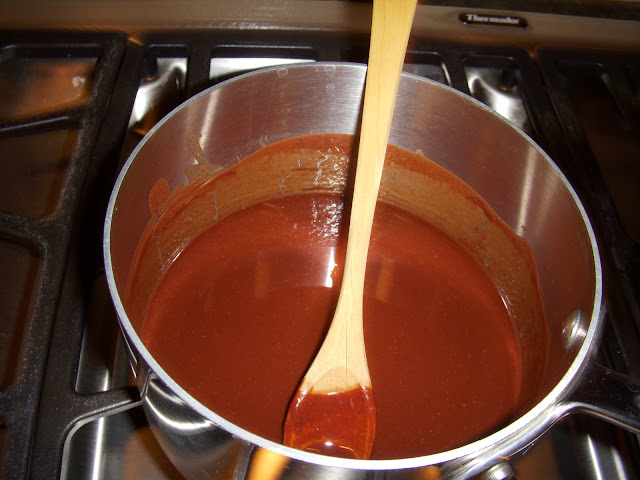 Beat eggs, sugar, and vanilla in a large bowl. 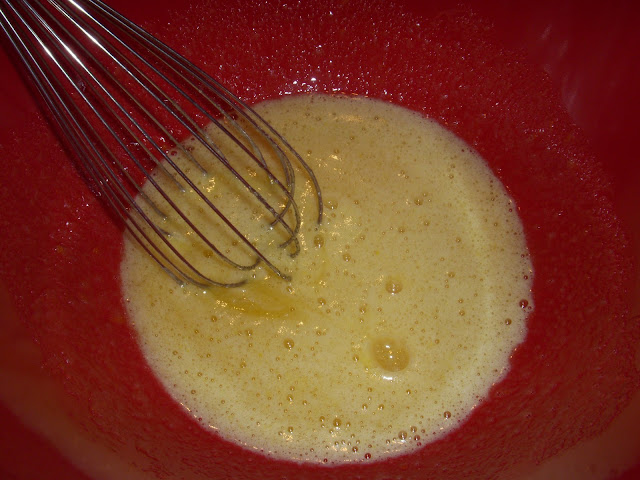 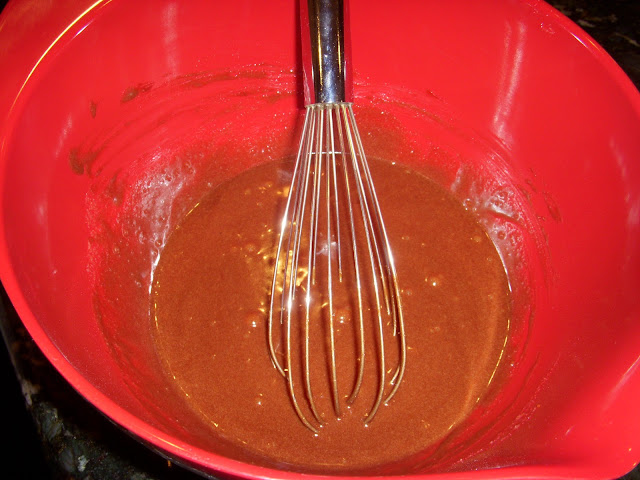 Add flour and salt and mix until just combined. 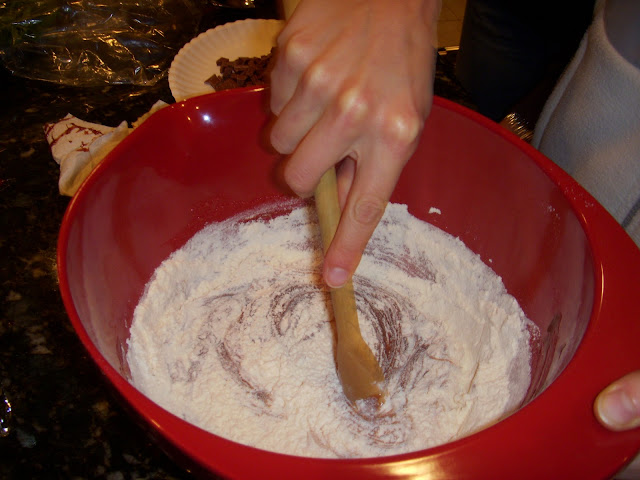 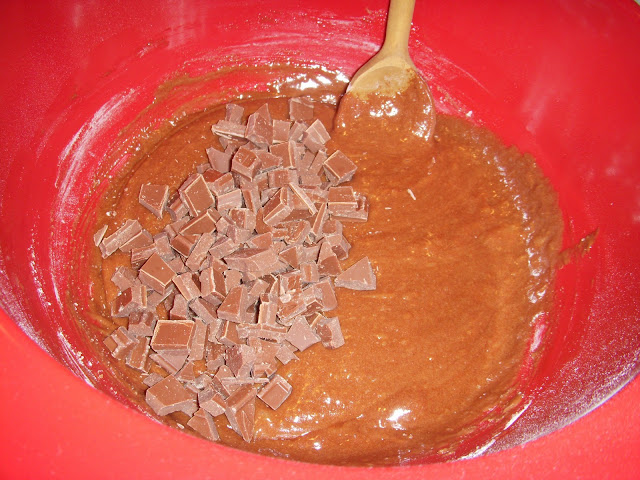 Pour into a greased and floured 9 x 9-inch baking pan. 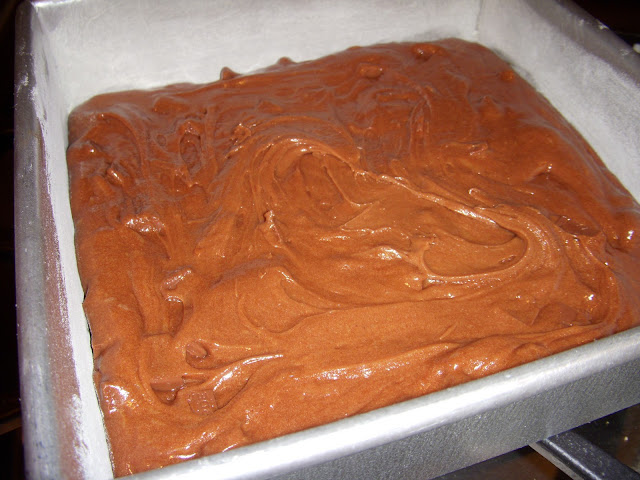 Bake for 25 minutes in a 350 degree oven, or until a toothpick comes out clean or with only crumbs, not batter on it. 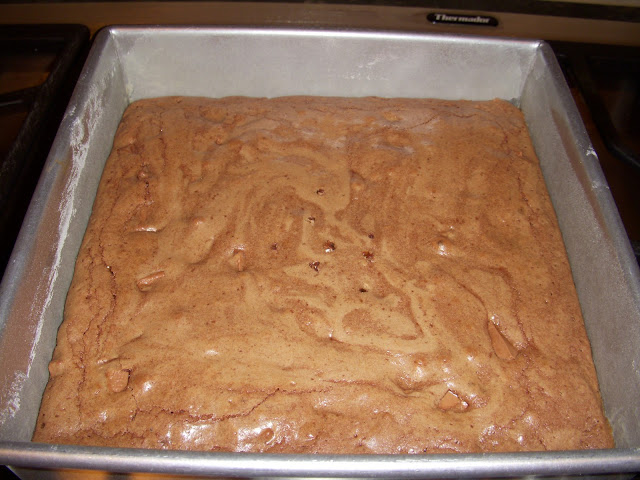 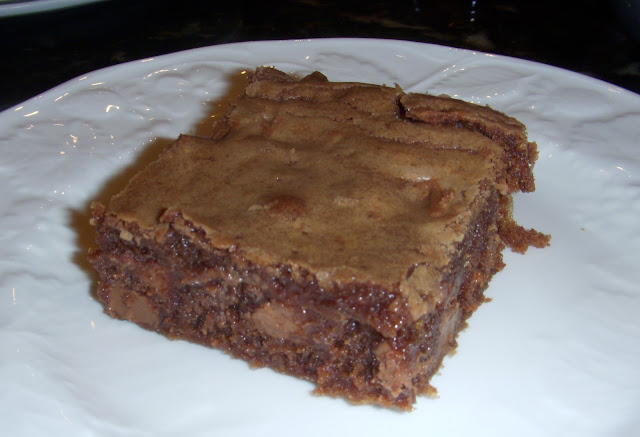 Milk Chocolate Brownies
Ingredients
8 tbsp (1 stick) unsalted butter
1 ounce unsweetened chocolate, coarsely chopped to same-sized pieces
1/2 cup milk chocolate, coarsely chopped to same-sized pieces
2 large eggs
3/4 cup granulated sugar
1 tsp pure vanilla extract
1 cup unbleached flour
1/4 tsp salt
3/4 cup milk chocolate chips (we didn’t have chips, so we chopped a milk chocolate bar)
Directions
1.  Grease a 9-inch x 9-inch baking pan with butter.  Dust with flour and tap out the excess.  Preheat the oven to 350 degrees F.
2.  Melt the butter and the coarsely chopped milk and unsweetened chocolates in a small saucepan over low heat, stirring frequently.  Set aside and let cool to room temperature.
3.  Cream the eggs, sugar, and vanilla in a large bowl until smooth.  Add the cooled chocolate mixture and continue mixing until well combined.
4.  Measure the flour and salt and then sift together into the batter.  Mix gently until well combined and no trace of the dry ingredients remains.  Stir in the milk chocolate chips by hand.
5.  Using a spatula, spread the batter evenly in the prepared baking pan.  Bake for 25 minutes or until a toothpick inserted in the center comes out clean or with only crumbs, not batter, on it.
6.  Remove from the oven and cool on a rack for 1 hour.  Cut just before serving.
Yield:  12 to 16 brownies
“Fat Witch Brownies:  Brownies, Blondies, and Bars From New York’s Legendary Fat Witch Bakery” by Patricia Helding