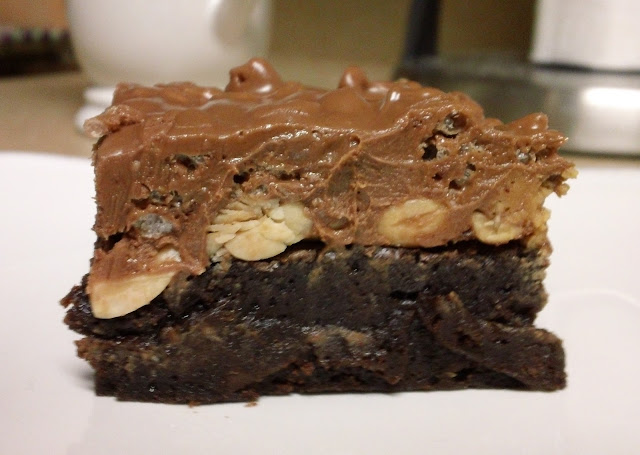 My sister is a wonderful cook.  She made these “Better-Than-Crack Brownies” for her boyfriend, Colby, and his best friend, Prentice, for another one of their pre-race desserts.  (Both guys run cross country and track for Oklahoma State University.  The OSU Cross Country team has been NCAA Champions for the past two years in a row.)
These brownies are actually referred to as Peanut Butter Cup Crunch Brownies (on Brown Eyed Baker’s blog, where she got this recipe), but they also can be called the other name above, which I think is hilarious.  I’ve never had crack before, nor do I know anyone who has, so I don’t know how these brownies can be better … but the name sure is funny though!
My sister said that Prentice took one bite of these and made a face like he had died and gone to Heaven.  I cannot wait to try these myself because they look sinfully delicious! Be forewarned though, these brownies are insanely rich, so you probably should just eat one…if you have self control!  Enjoy!
Lay out 8 Reese’s Peanut Butter cups. 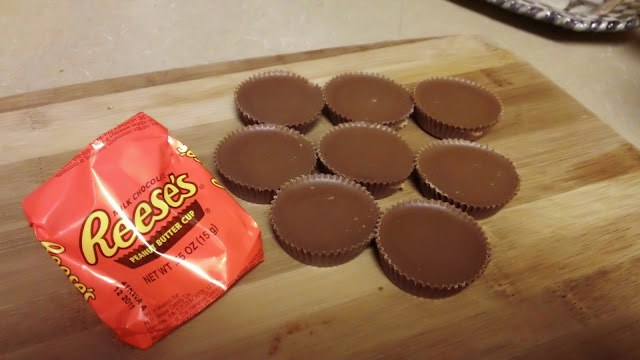 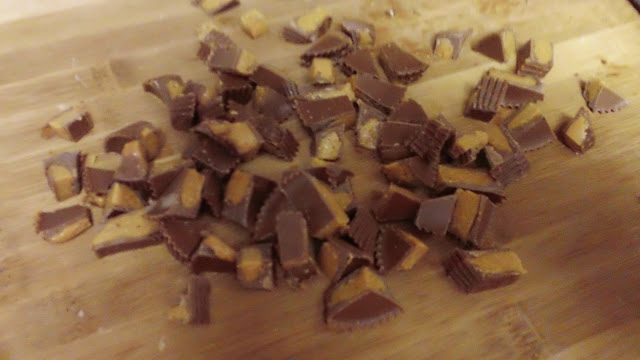 Measure out 1/2 cup of salted peanuts. 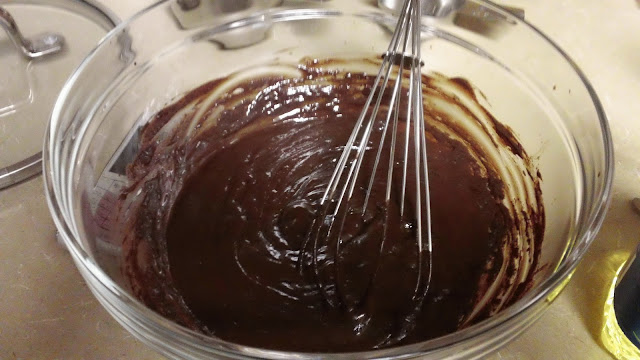 Remove brownies from oven and sprinkle with peanuts and chopped Reeses.  Bake for another 5 minutes. 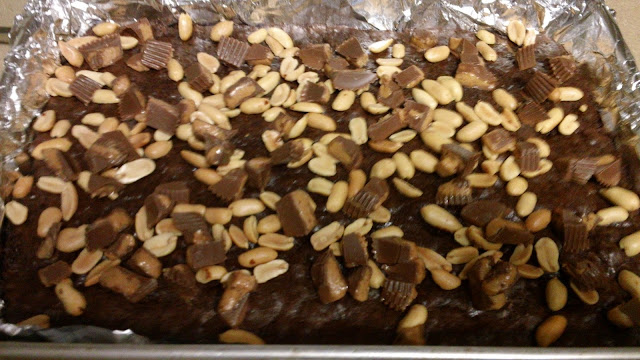 Meanwhile, melt chocolate chips, peanut butter, and butter in a medium saucepan over medium-low heat.  Stir in the cereal to evenly coat. 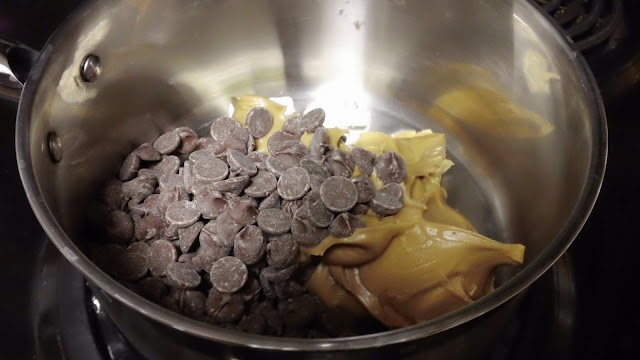 Remove the brownies from the oven and pour the chocolate and peanut butter mixture over the top.  Spread evenly. 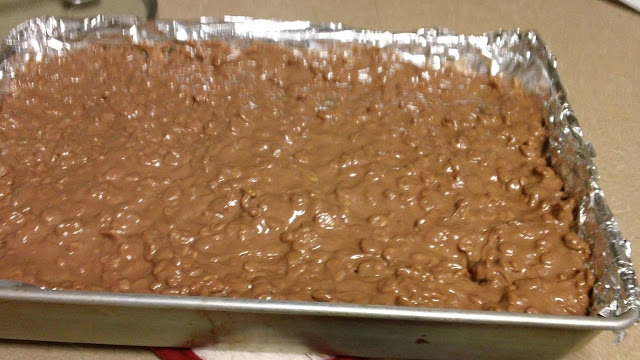 Refrigerate for 2 hours before cutting and serving.  Yum!

Better-Than-Crack Brownies (Peanut Butter Cup Crunch Brownies)
Ingredients
1 batch of your favorite brownie recipe for a 9 x 13-inch pan (I recommend Chewy Brownies)
1/2 cup salted peanuts
8 Reese’s peanut butter cups, chopped
1 1/2 cups milk chocolate chips
1 1/2 cups creamy peanut butter
1/2 Tbsp. unsalted butter
1 1/2 cups Rice Krispies cereal
Directions
1.  Prepare the brownies according to the directions and bake for about 5 minutes less than the recipe states.  Remove from the oven and sprinkle the top with the peanuts and chopped peanut butter cups.  Return to the oven and bake for 5 additional minutes.
2.  While they are finishing baking, melt the chocolate chips, peanut butter and butter in a medium saucepan over medium-low heat.  Stir in the cereal to evenly coat.  Remove the brownies from the oven and evenly pour the chocolate and peanut butter mixture over top.  Spread to cover evenly.  Refrigerate for 2 hours before cutting and serving.  Store in airtight container in the refrigerator.
Yield: 24 brownies
Brown Eyed Baker