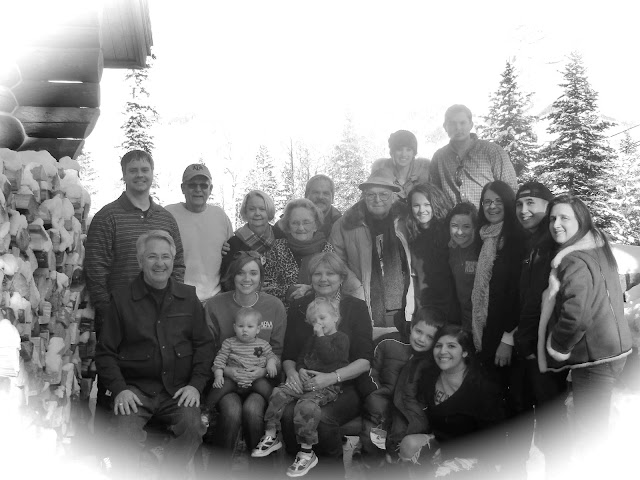 In this photo: the entire family poses on the deck of Castlewood Manor before heading back to Texas. As I mentioned in my last post, I’m back home in Dallas, but wanted to finish posting from our adventurous family trip to Telluride, Colorado. Again…pretend like I am still there! Today was our last day in Telluride. I don’t know about the others, but I was not ready to come home. I had a blast skiing, relaxing, and enjoying the cold & snowy Colorado weather. Dale and Renee, if you are reading this, thank you so much for getting the entire family together on this wondrous trip! It was a Christmas I will never forget. 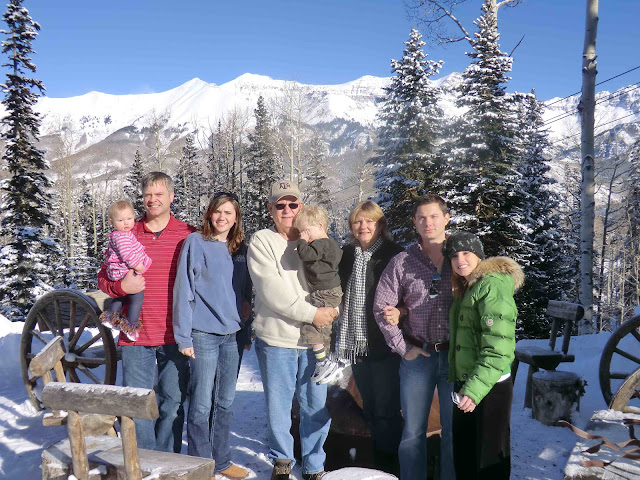 In this photo: my in-laws, husband and I pose for another quick picture by the fire pit.


On the bus ride from Montrose to Telluride last week, our driver pointed out some interesting and historic sites. One happened to be Ralph Lauren’s 17,000 acre ranch. We didn’t have time to stop, but on the way back to Montrose, our bus driver kindly pulled off the highway so that we could take some pictures. I was actually the only one to have my picture taken under the Double RL Ranch sign, but I guess that’s because we share the same name! Thanks Paula for taking the picture!
I love Ralph Lauren clothes for men. My husband has about 20 polos…one in every color (I hung them in rainbow order in his closet)! They are so classy and never go out of style.
In addition to clothes, Ralph’s wife Ricky has a wonderful cookbook titled “Ricky Lauren, Cuisine, Lifestyle, and Legend of the Double RL Ranch” which I strongly recommend. 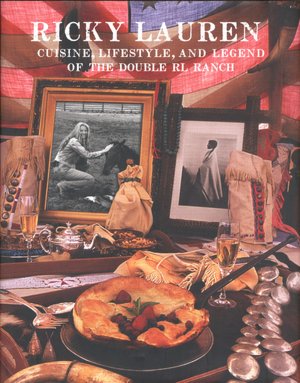 The book’s description reads:
“Inspired by the colors, flavors, and life of her Colorado Ranch, Ricky Lauren presents an epic and unprecedented tribute to the West, as both a great destination and a state of mind.
Nestled at the base of the San Juan Mountains, the Lauren family’s double RL Ranch is rich in history, both personal and regional. From the legends of the earliest settlers of the Wild Wild West to the fascinating pasts of such towns as Ridgway, Ouray, Telluride, and Montrose, Ricky Lauren illuminates the history of the region, connecting and inspiring readers along the way.
Lauren opens the doors to her family kitchen, sharing her culinary secrets, cherished heirloom recipes, favorite Western-style dishes, and innovative decorating techniques for creating the perfect table setting and dining atmosphere.”
This book is a keeper…not only is it a pretty coffee table book, the recipes are quite delicious! My mom and I really enjoy the chicken kiev recipe! 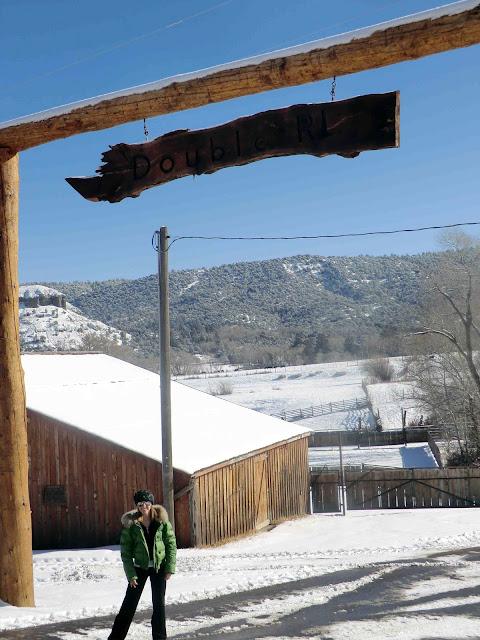 In this photo: me at the gate of Ralph Lauren’s Double RL Ranch.
Our next stop was the True Grit Cafe in Ridgway, Colorado. Unfortunately we did not get to stop and eat here, but we did get to snap a few photos!  The True Grit Cafe was actually built in 1985, however it was built to honor the filming of the academy award winning 1969 movie “True Grit” starring John Wayne. From the cafe you can sit on the deck and enjoy the beautiful background seen throughout the movie.
For those that are huge “Duke” fans, Heritage Auctions of Dallas recently auctioned more than 700 costumes, scripts, awards and memorabilia from the estate of legendary film star John Wayne. The auction brought over $5.38 million, with dozens of items selling for 2-3 times their pre-auction estimates! To see the items that sold, click here! 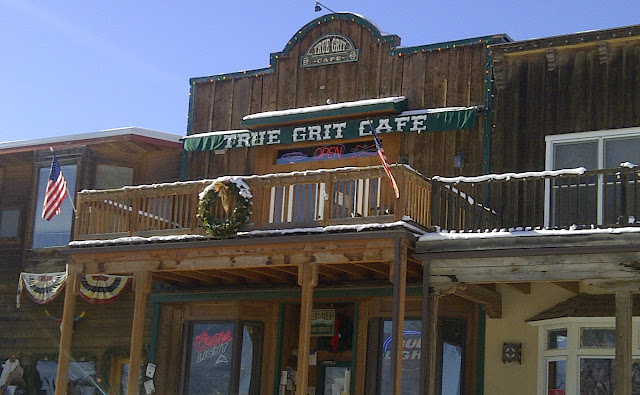 In this photo: True Grit Cafe…where the original True Grit movie with John Wayne was filmed. 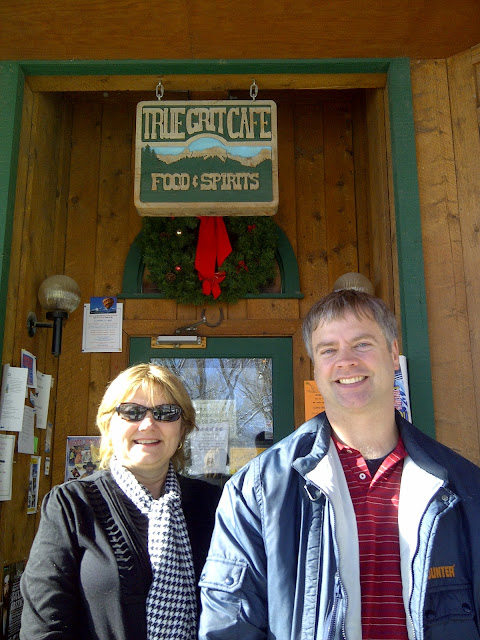 In this photo: my mother-in-law Paula and brother-in-law Jeffery in front of the True Grit Cafe.
Good-bye Telluride, Colorado…I hope to see you sooner than later! 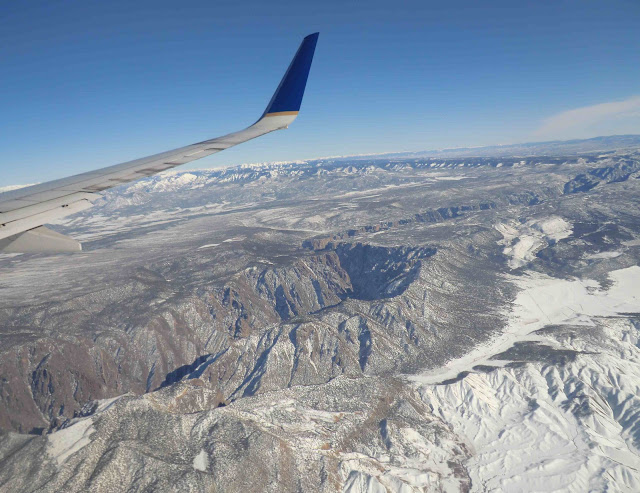 In this photo: a view of the beautiful mountains in Colorado as we fly home to Texas.