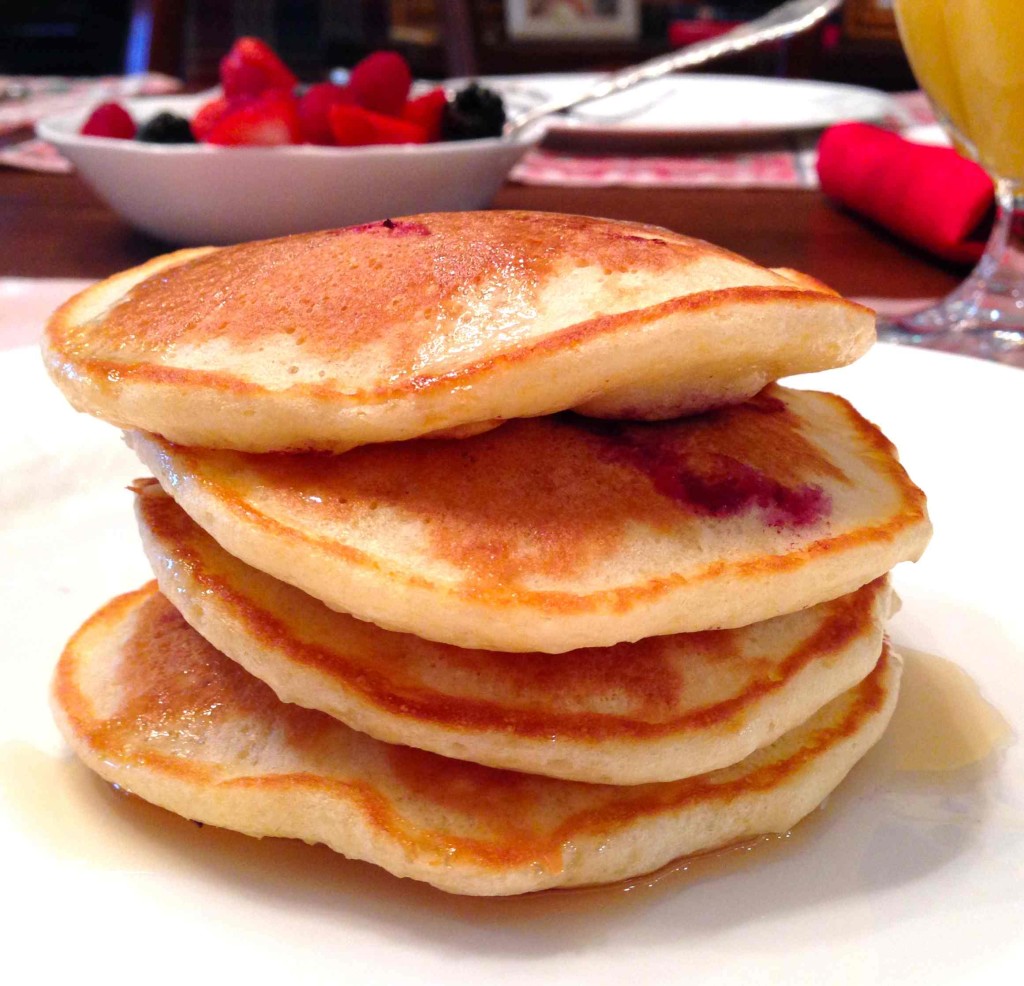 We had our family Christmas dinner on Christmas Eve instead this year, so when we woke up on Christmas Day, there was absolutely no pressure of cooking a large meal. Instead, we woke and had a delicious and savory brunch with leftover ham, fruit, coffee, orange juice and these amazing pancakes!!!

Don’t get confused by the name because Neil is neither a relative nor family friend. Neil Kleinberg is actually the owner of Clinton Street Baking Co & Restaurant, in which his pancakes were voted best in New York.

This pancake recipe is from the “Clinton St. Baking Company Cookbook: Breakfast, Brunch & Beyond from New York’s Favorite Neighborhood Restaurant” by DeDe Lahman, Neil Kleinberg and Michael Harlan Turkell; and if you don’t have the book, it’s definitely worth looking in to.

I honestly thought these were the best homemade pancakes I’ve ever tasted. The batter was light, airy, and buttery. The recipe called for whole milk, but we didn’t have any and thus used skim milk. The pancakes were already outstanding, but I can only imagine how they would taste had we used whole milk!!!

One secret is that the egg whites are folded into the batter. By applying French techniques – that is, you make a cake lighter by folding in whites (almost like a soufflé) – Neil was able to make the batter lighter, but have it retain its springy resiliency that yields one perfect pancake.

The other secret is to avoid over mixing, which creates gluten in the flour and makes them tough.

One common mistake among many cooks is that they don’t heat the griddle long enough, which is why the first pancake is usually a dud. Make sure the griddle is very hot, then put the butter on. A teaspoon or tablespoon is just fine, but make sure you use enough so the pancakes don’t stick.

These pancakes don’t just have to be served on Christmas Day. We definitely plan on making these next weekend and Saturday mornings to come. Enjoy!!