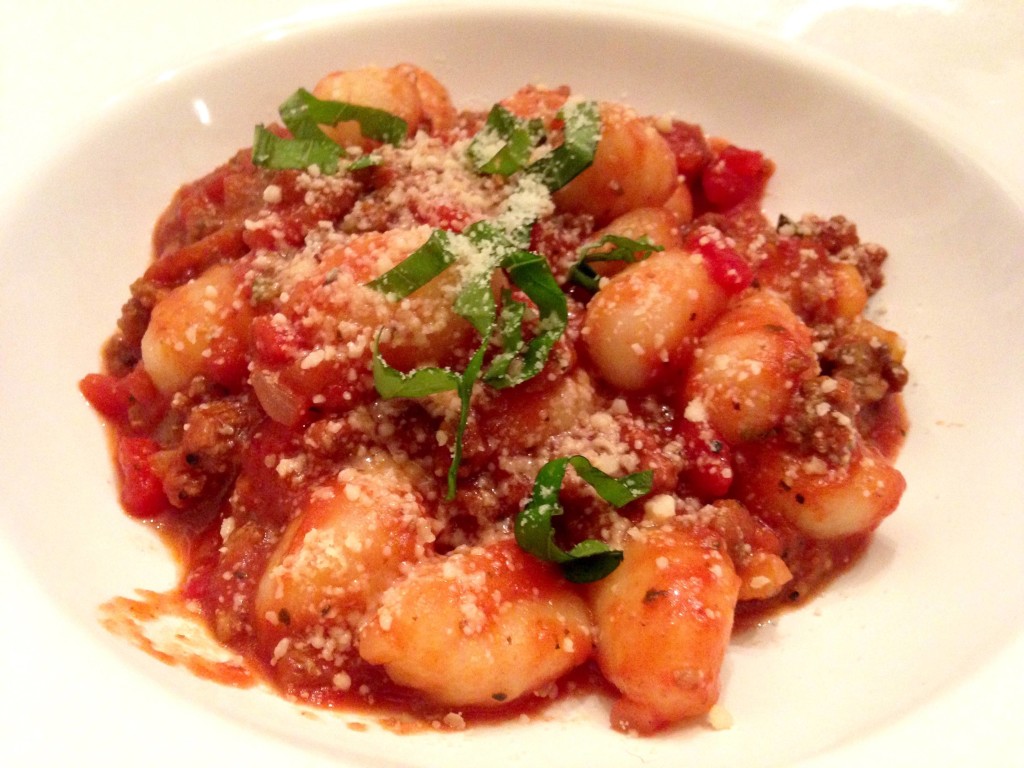 If you’ve never had gnocchi, you’ve got to try it!  While it may look like pasta, it’s not. Gnocchi is actually soft, thick dumplings made out of potatoes. They don’t taste like potatoes, because trust me, if they did…. I wouldn’t eat them! I hate mashed potatoes. Lol.

Last week I saw a delicious recipe for gnocchi and meat sauce adapted from Taste and Tell blog and just had to try it!

My mom loves gnocchi just about as much as I do, and came over last night to babysit Harper while I went to a scarf exchange party. I thought I’d treat her to a home-cooked meal as a thank you.

The gnocchi was perfect and was so easy to whip up on the stovetop. Unless you’re really, really, really short on time, don’t cheat and buy a jar of spaghetti sauce. The homemade one in this recipe is EXTREMELY simple, is cheaper than the jar of sauce you would buy, AND only simmers for 15-20 minutes. Most sauces simmer for like an hour.  Win-win!

We also discovered that Harper LOVES Parmesan cheese! While mom and I were getting seconds and sprinkling the gnocchi and meat sauce with Parmesan, I decided to add some cheese to Harper’s plate. I should have done so earlier!

At that very moment, she dug right in like she couldn’t get enough of the meat sauce. Note to self… sprinkle all of Harper’s food in Parmesan if I want her to eat it! Hahaha.

Harper then proceeded to play peek-a-boo with her bib after dinner.  Too cute!

After dinner I was off to a first-annual scarf party with some church friends. It was like a white elephant party where you can steal a gift up to three times. So much fun!!

Lucky for mom, Harper was pretty good and was asleep within 25 minutes of mom putting her down. That’s saying a lot, because I NEVER go anywhere, so for Harper to fall asleep without me is great news!! Harper is growing up which means I’ll be less and less needed. 🙁 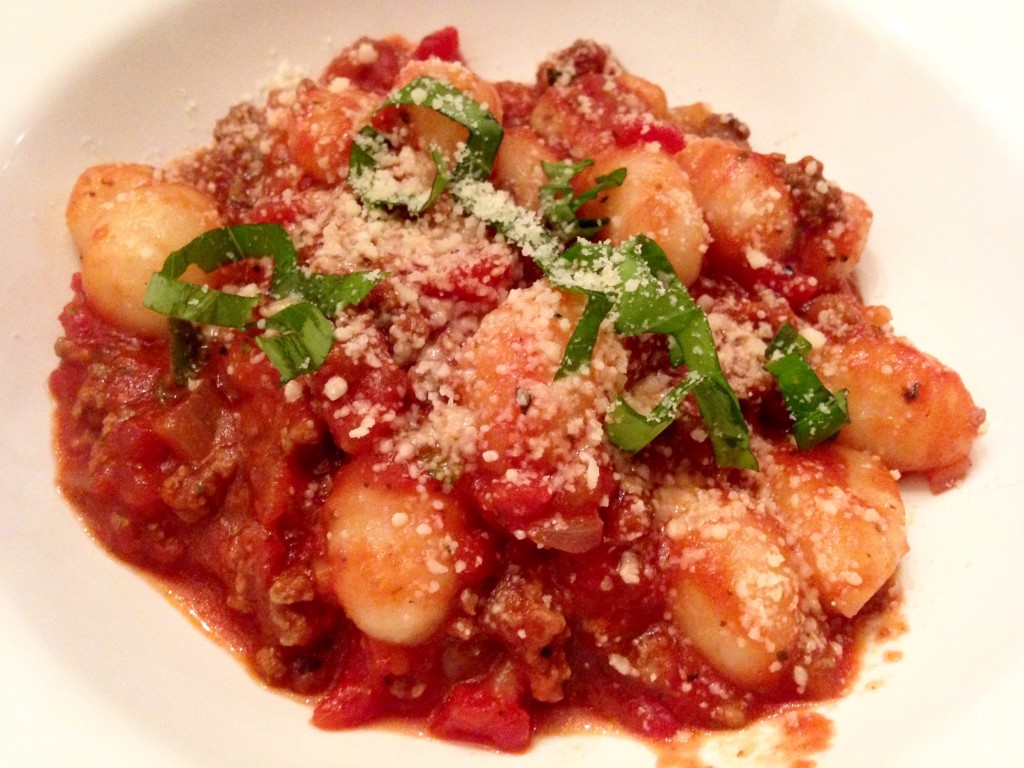 TGIF and have a great weekend!