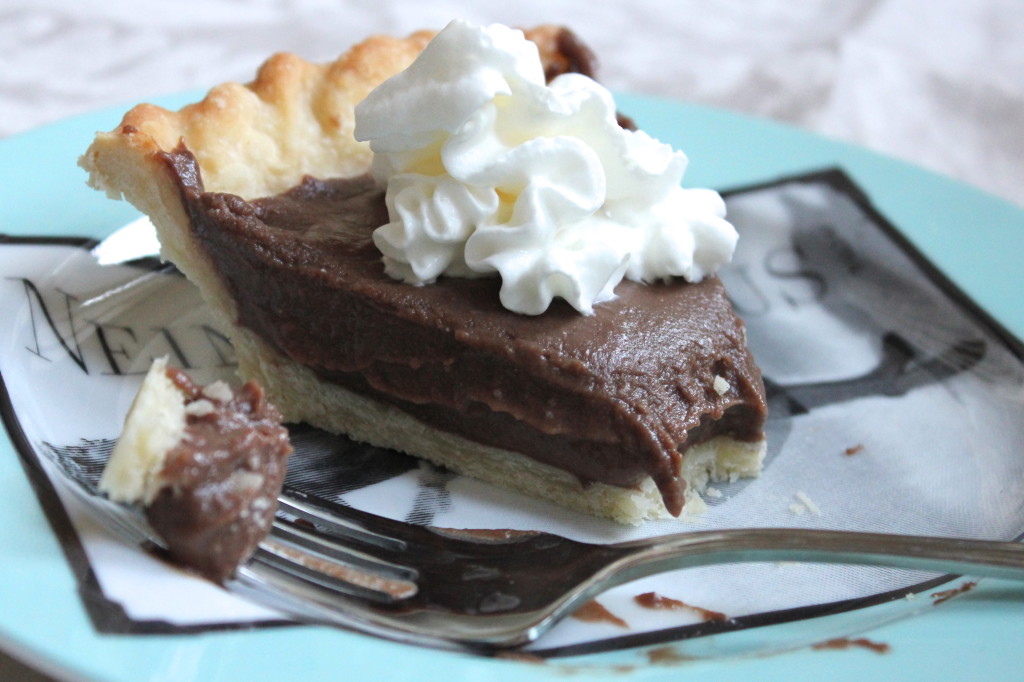 My mom found an new favorite pie crust and it has an unlikely ingredient: Vodka.

Supposedly the vodka, because it is 80-proof, will mostly evaporate in the oven, meaning that the crust gets the liquid it needs but much of it will not stay. It creates an perfect pie crust with lots of flaky layers.

Worried about the boozy vibe of your pie? Don’t be. My family doesn’t drink and thus we were worried about the same thing. According to Smitten Kitchen, vodka, by definition, is colorless and odorless, so once it’s baked, you’ll forget it was ever in there. 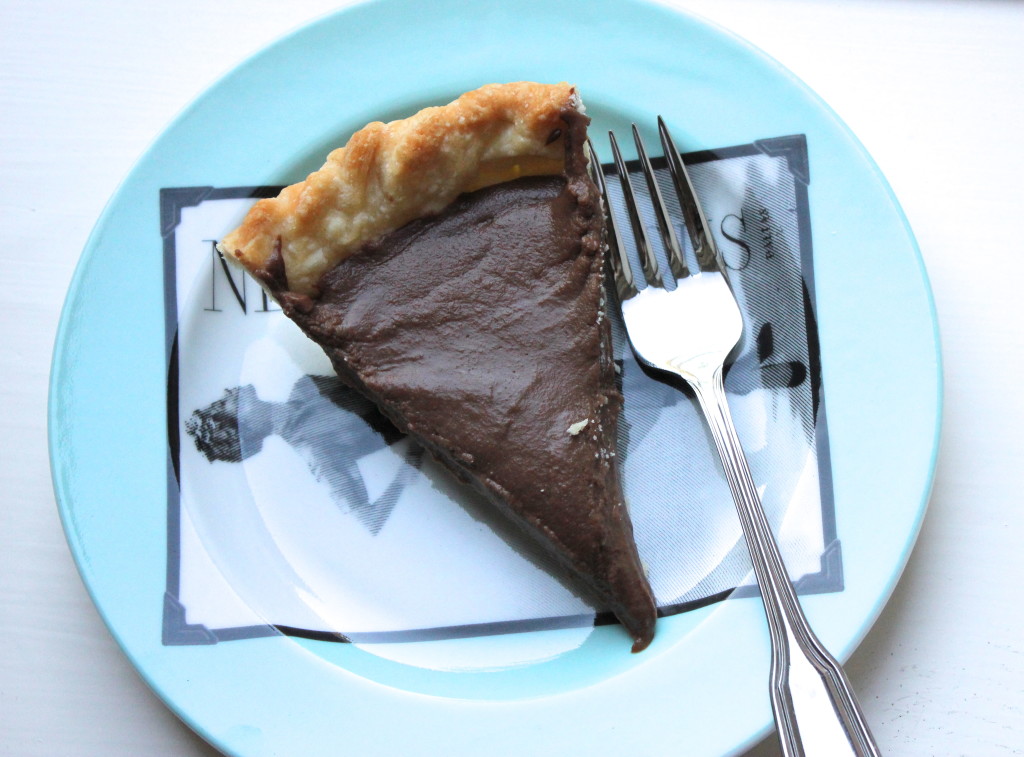 It was my parent’s 38th anniversary last week, and Mom made my Dad one of his favorite desserts:  chocolate ice box pie. While I’ve blogged this pie before, we’ve never had a really good crust that we liked until now.

We usually bake  a store-bought crust to save on time. Plus Matt and Paula don’t even like pie crust. They will scoop out the chocolate, or whatever flavor pie filling, and leave the shell of the pie crust behind.

However, for those of us who LIKE pie crust (everyone else in this world besides Matt and Paula), we wanted a good crust recipe and found one!