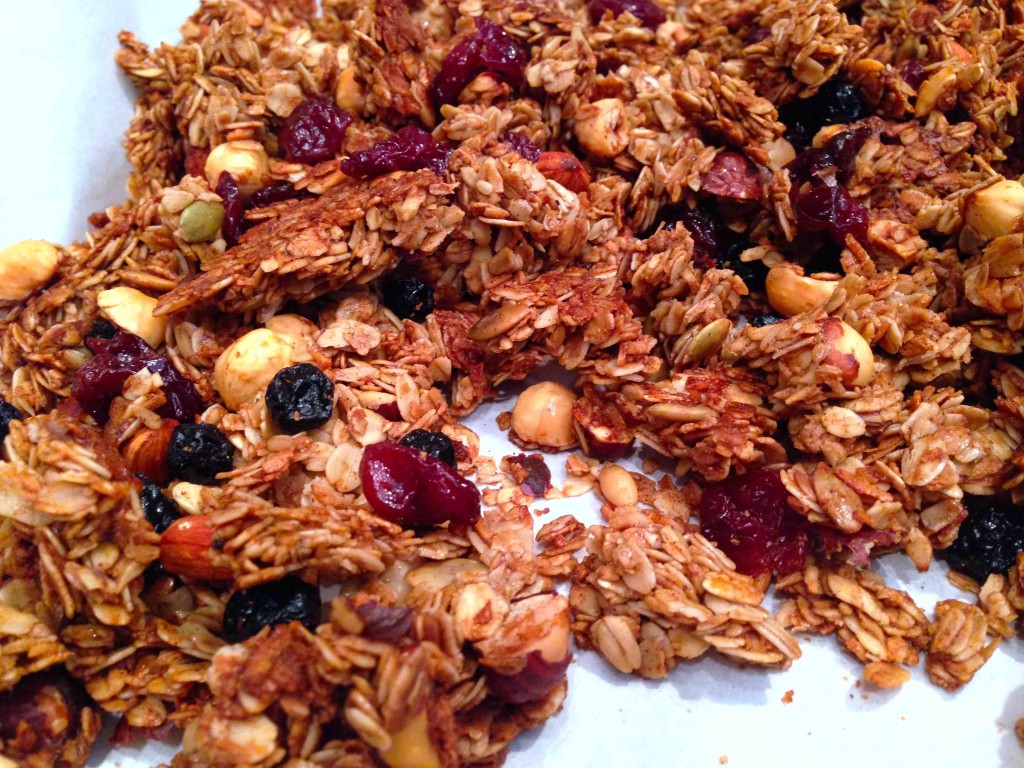 There’s not really a unique story about this granola other than the fact that homemade granola is one of my biggest weaknesses.

My sister discovered this recipe via The Vintage Mixer not too long ago and made it when she came home from Michigan over the holidays.

Homemade granola is actually super simple to make and well-worth the time, especially over the boxed kind. All you have to do is mix up the ingredients, bake it on a cookie sheet for 40-45 minutes, let it cool, and then break into large clusters or chunks of granola.

It makes for a quick breakfast in the morning served atop plain greek yogurt or simply by itself for a snack.

Adapted from: The Vintage Mixer
Ingredients
Instructions
Notes
The secret to making clusters in your granola is folding in an egg white before cooking, then not stirring the oats during baking. Also, do not toss the granola or break it up until after it has completely cooled.
3.2.1255